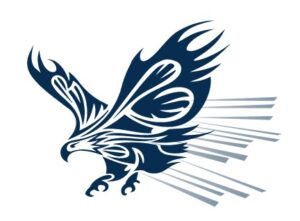 NEW YORK, NY February 26, 2021 — Soaring Eagle Acquisition Corp. (the “Company”), the seventh public acquisition vehicle led by Eagle Equity Partners’ Harry Sloan, Jeff Sagansky and Eli Baker today announced the closing of its initial public offering of 172,500,000 units, including 22,500,000 units issued pursuant to the exercise by the underwriters of their over-allotment option in full, at a price of $10.00 per unit. Each unit issued in the initial public offering consists of one Class A ordinary share and one-fifth of one warrant to purchase one Class A ordinary share at an exercise price of $11.50 per share. The units are listed on the Nasdaq Capital Market (“Nasdaq”) and began trading under the ticker symbol “SRNGU” on February 24, 2021. After the securities comprising the units begin separate trading, the Class A ordinary shares and warrants are expected to be listed on Nasdaq under the symbols “SRNG” and “SRNGW,” respectively.

Soaring Eagle Acquisition Corp. is a blank check company whose business purpose is to effect a merger, capital share exchange, asset acquisition, share purchase, reorganization or similar business combination with one or more businesses. The Company’s efforts to identify a prospective initial business combination target will not be limited to a particular industry, sector or geographic region. While the Company may pursue an initial business combination opportunity in any industry or sector, it intends to capitalize on the ability of its management team to identify, acquire and operate a business or businesses that can benefit from its management team’s established global relationships and operating experience. The Company’s management team has extensive experience in identifying and executing strategic investments globally and has done so successfully in a number of sectors, including media and entertainment.

Goldman Sachs & Co. LLC acted as the representative of the underwriters for the offering.

The offering was made only by means of a prospectus. Copies of the prospectus may be obtained from Goldman Sachs & Co. LLC, 200 West Street, New York, NY 10282, Attn: Prospectus Department, by telephone at 866-471-2526 or by emailing prospectus-ny@ny.email.gs.com.

A registration statement relating to these securities was declared effective by the U.S. Securities and Exchange Commission (the “SEC”) on February 23, 2021. This press release shall not constitute an offer to sell or the solicitation of an offer to buy, nor shall there be any sale of these securities in any State or jurisdiction in which such an offer, solicitation or sale would be unlawful prior to registration or qualification under the securities laws of any such State or jurisdiction.

This press release contains statements that constitute “forward-looking statements,” including with respect to the Company’s search for an initial business combination. No assurance can be given that the proceeds of the offering will be used as indicated. Forward-looking statements are subject to numerous conditions, many of which are beyond the control of the Company, including those set forth in the Risk Factors section of the Company’s registration statement for the initial public offering filed with the SEC. Copies are available on the SEC’s website, www.sec.gov. The Company undertakes no obligation to update these statements for revisions or changes after the date of this release, except as required by law.